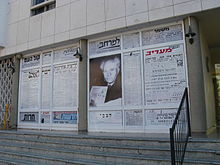 Entrance of Beit Sokolov, house of the Israeli Journalists Association 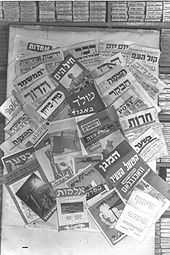 During the Mandate era and the first decades following independence, there were numerous newspapers owned and associated with political parties. They had mostly been discontinued by the 1970s, though a few remain, including Hamodia (Agudat Yisrael), al-Ittihad (Maki) and Yated Ne’eman (Degel HaTorah).